Rovco powered by Vaarst technology, was tasked by a leading Oil & Gas major operator to inspect the relative position of vertical conductors, located inside a jacket structure from a depth of approximately 80m to seabed.

The client required up to date information on the verticality of the conductors and was interested in innovative solutions that could be deployed from vessels already available on-site, avoiding the deployment of a dedicated vessel, which would have extended the cost and time profile of the operation.

Use of imaging sonar technology would have required a dedicated vessel with a full USBL and INS positioning spread. The resolution of an imaging sonar would have been in the region of 5+ cm in the best case, which still would not have satisfied client’s requirements.

Use of acoustics measurement sensors like gyro-compatts was not feasible given the length of the connectors. It would have also still required a dedicated vessel to establish a positioning environment for the sensors.

The inspection was successful in its aims to:

To achieve the above, Rovco utilised a Seaeye Cougar XTC, fitted with Vaarst’s SubSLAM® X1 live 3D reconstruction system, launched from a jack-up barge adjacent to the well-head platform. This facilitated mapping of the conductors during a standard general visual inspection scope of work.

Vaarst’s SubSLAM® System is a real-time 3D imaging system based on the latest innovations and advanced internal research in Computer Vision and AI. By utilising a calibrated pair of stereo 4K sensors, true scale and true colour digital reconstructions of assets can be produced live. The 3D reconstruction happens at the same time as a visual Inspection, giving the ability to carry out two tasks at once and offering the video dataset as a backup to the 3D survey.

Secondly, due to the stereo cameras, the output of the 3D model is perfectly scaled to the real-world, without the need for rulers, scales or any physical measurements that can introduce additional sources of error.

The point cloud and imagery collected using SubSLAM® can be used in three different ways, according to the project specifications:

In order to translate the data points from model coordinates to absolute coordinates, the following methodology was adopted, starting from the client-provided real-world position for centre point of platform and real-world azimuth of the platform:

All legs, members, risers, conductors, guides, and seabed were scanned, with data being recorded at all times during the inspection to incorporate sufficient redundancy.

Using Vaarst’s unique SubSLAM® Technology, a precise 3D Point cloud of the Jacket was created, from which a variety of accurate measurements were taken. These enabled the verticality of the risers to be measured, showing all the risers to a vertical offset angle of less than 1o.

SubSLAM® was instrumental in supporting this task where traditional acoustic systems were not deemed suitable, demonstrating the technology’s capability to deliver millimetre-accurate results in a shorter time window.

SubSLAM® has since launched an improved and more robust system with SubSLAM® X2, which boosts processing power over the X1 version used on this project. Replaying the same dataset collected on this project with the most recent and improved software, Vaarst’s technology was capable of reconstructing the full length of the risers (24m) in one single pass. 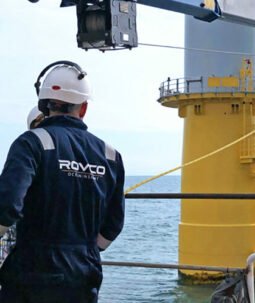 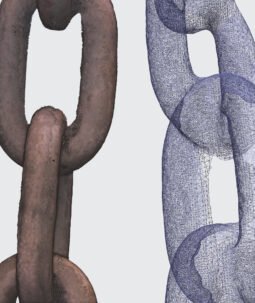 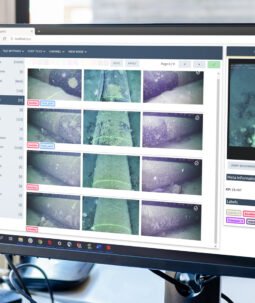 One more step. Please complete the form below to view or download the SubSLAM® PDF specification.

One more step. Please complete the form below and a member of the Vaarst team will be in contact shortly to conduct a bespoke demo of the ML platform.

Speak to a member of the Vaarst team

Interested in accelerating your business performance through the use of mobile robotics? Speak to a member of our team